What 2020 Taught Us About Good Branding

Brands are shaped by the world around them but at the same time, they also shape the world. In times of uncertainty, when businesses and individuals are feeling lost or see no clear path forward, brands can drive change and guide decisions that influence the way people work, communicate and live.

2020 marks a new way of looking at brand behavior. Increased access to information and globalization accumulated to a year of social awakening. It was a year of political debate, social unrest and a global pandemic. It was in this climate that brands were forced to change for the better, but were also given the opportunity to take and lead a positive stance during difficult times. Some brands took swift action and uplifted people through the chaos. Others strengthened their values and advocated their beliefs. Here are 5 things that 2020, and the brands that rose to its challenge, have taught us about branding.

1. Brands must take a stand 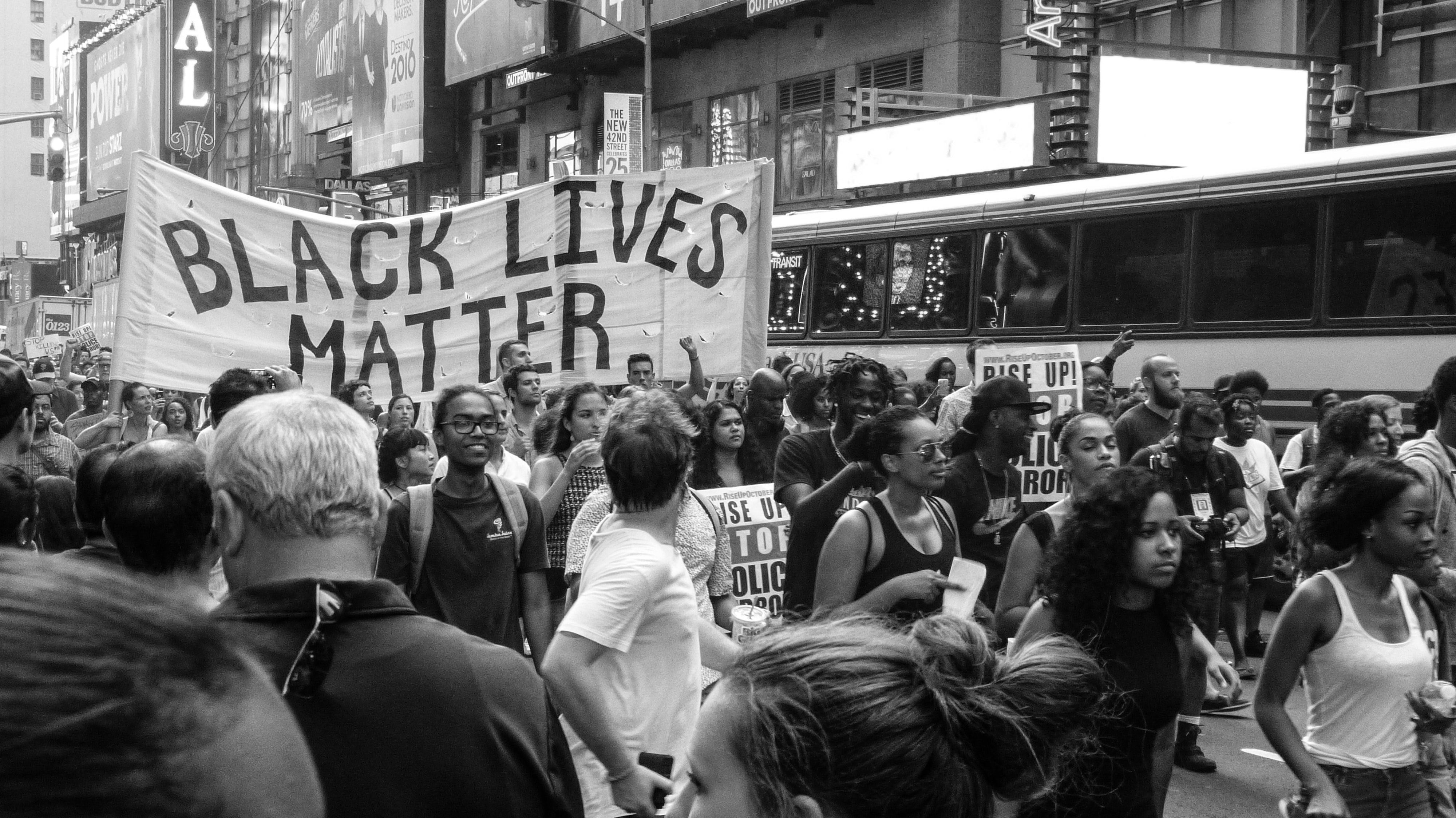 Purpose-led branding existed well before 2020, where brands were already integrating social and philanthropic ideals into their marketing and investing resources towards communicating their visions and missions.

But social movements ranging from #MeToo to Black Lives Matter reached a new level of urgency in 2020. It became clear that brands were no longer entities outside of society, but had important roles to play within it. Drawing from roots in their company values, they began to speak up. Patagonia voiced its discontent with lack of federal climate policy by sewing ‘Vote the as*holes out’ on their product tags. Levi’s released a letter and set up a fund advocating for stronger gun laws. Ben and Jerry’s stayed true to their history of activism and made powerful statements about ‘dismantling white supremacy’, while Nike used the power of its own tagline to make a stance against racism: ‘For Once, Just Don’t Do it’.

Free Resource: Unlocking the Secrets of Successful Brands
Uncover the secrets of how leading brands have succeededDownload Now

This sets a precedent for 2020 and beyond. No longer is taking a stand just for ‘purpose-driven’ brands, but all companies bear a degree of social responsibility. Brands will be less worried about alienating customers through social action. They will realize that brands do not exist to stay silent, but to speak up when it matters. Most importantly, they walk the talk and go beyond their messaging to put their words into real action.

2. Technology needs to be for the present, not just the future 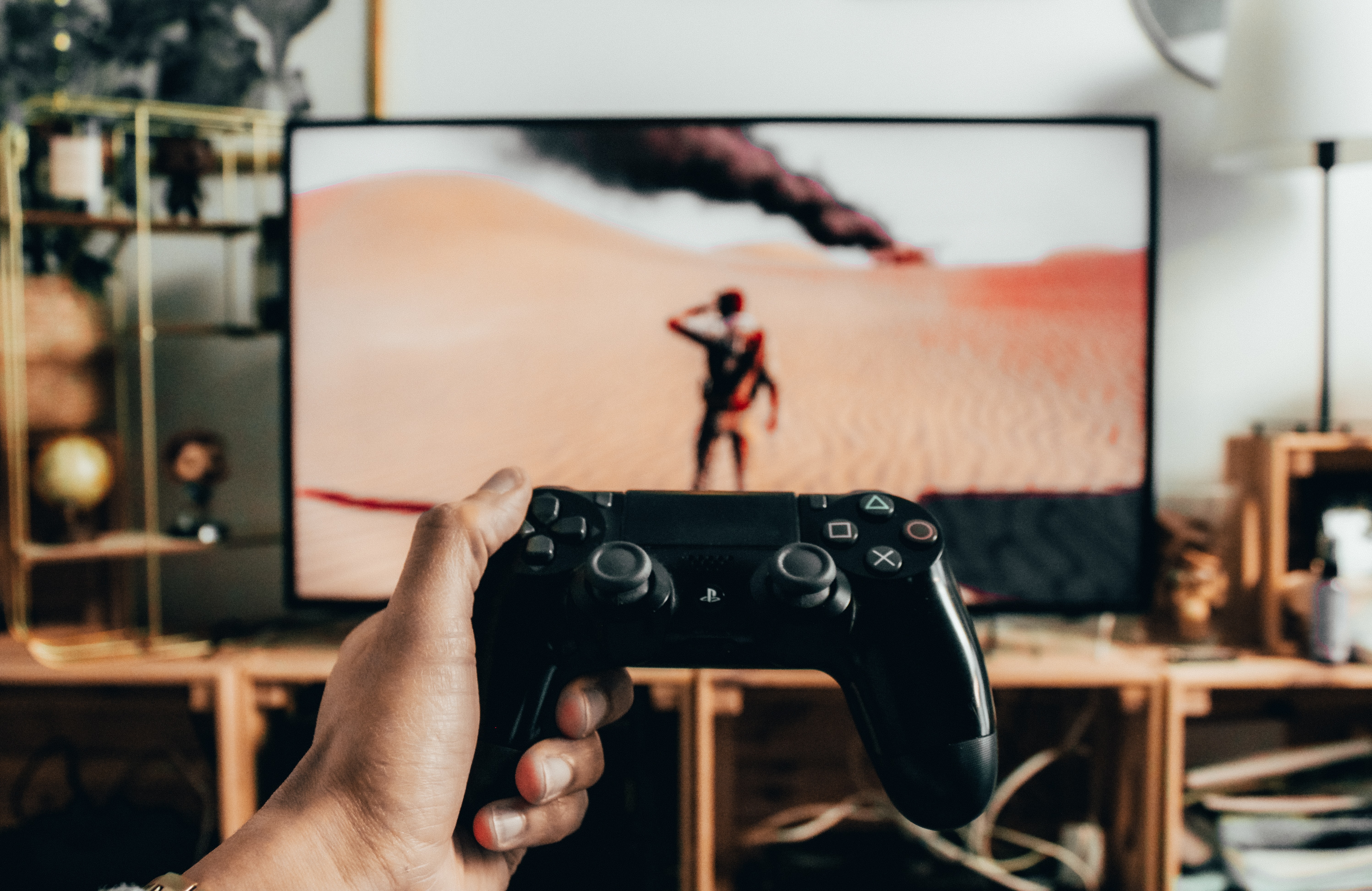 Technology brands have always had an allure for showing us what’s to come. They pique curiosity with gadgets that show new levels of connectivity and virtuality, making time and space seem irrelevant and leaving us fantasizing about what could be.

However, 2020 has shown us that the future is now. The immediacy that tech brands had promised us are now daily essentials as convenience became the norm. Subscriptions to Amazon Prime and Netflix rose as people spent more time indoors, with about 16 million people subscribing to Netflix in the first 3 months of 2020. And it’s not only entertainment—as high-streets and shopping malls locked down, digital spending also boomed with Instagram integrating more shopping functionalities into its social network.

Brands have also played a critical role in ensuring that people have access to a fundamental need they had overlooked until it was no longer there: human connectivity. Virtual reality had previously been seen as a novelty, however, it’s now proving its real potential in keeping people connected despite social isolation. Facebook’s Horizon allows you to explore virtual worlds and play games with people all over the world through VR. Zoom, previously a niche product for workplace video conferencing, came into universal adoption as more people worked from home. Apps like HouseParty enabled users to chat and play games with multiple friends in real-time over phones.

No matter how high-tech your product is, or how futuristic your brand vision may be, ask yourself: How is this relevant to people’s daily lives today? This question is critical to your brand’s success.

3. Sustainability is no longer a nice-to-have 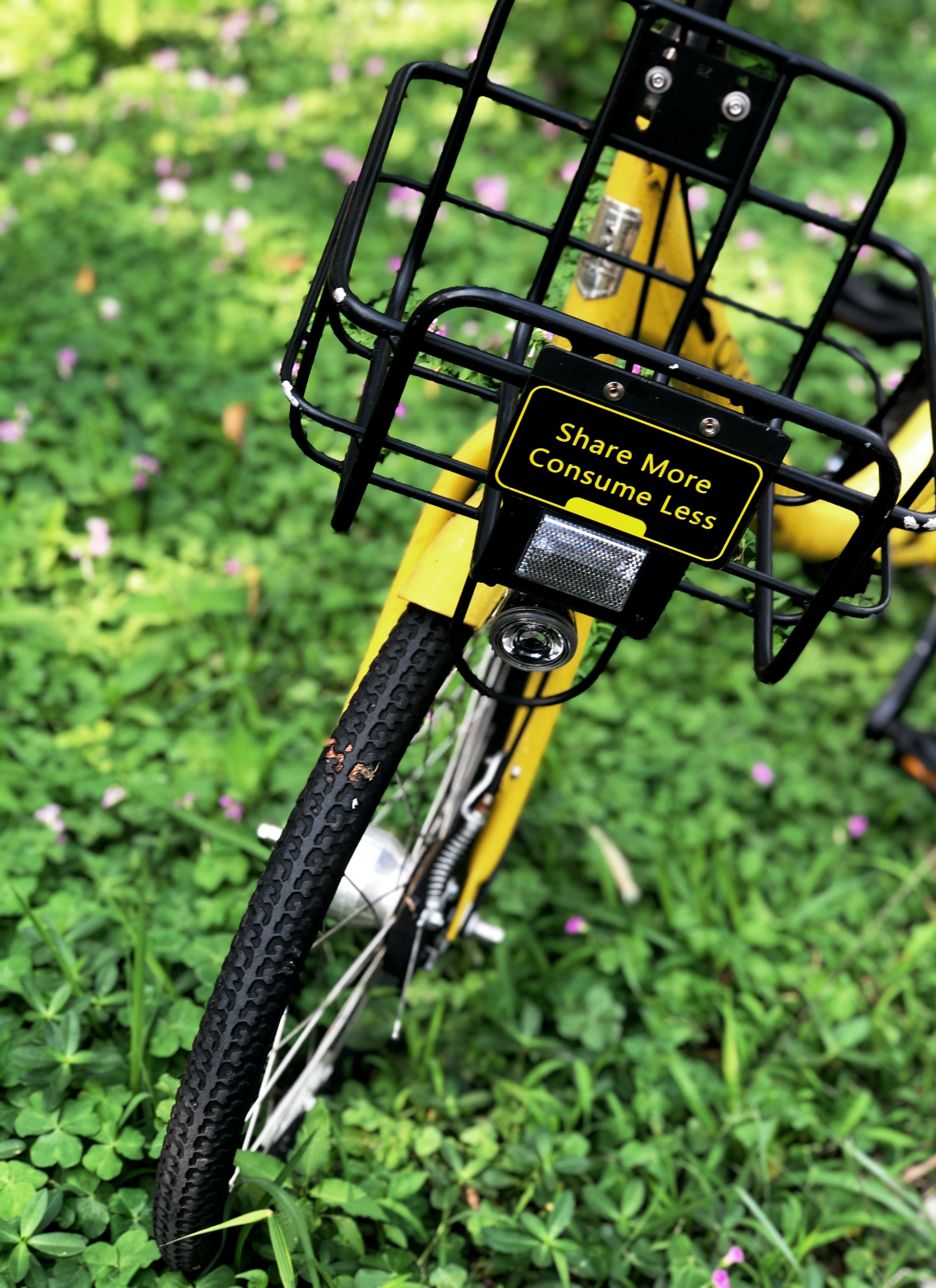 Sustainability is widely understood as a critical pillar of Corporate Social Responsibility initiatives. But 2020—full of natural disasters from wildfires, typhoons and erratic climates—has thrust sustainability into a must-have. Regions that implemented Covid lockdowns saw large dips in CO2 emissions and clear skies across even the most polluted cities, serving as an eye-opening reminder of the relationship between human activity and our environment.

All brands—as they are driven by human activity—now have a responsibility to own. Even if a brand isn’t considered a ‘green’ brand, minimizing environmental impact is essential now more than ever. This movement had already started years ago when Starbucks pledged to stop using plastic straws in 2018. But since then, it’s reached a new level of acceptance. Levi’s for example now boasts a WaterLess process that reduces the amount of water used in finishing its jeans. They also invite competitors to collaborate and share techniques, suggesting that everyone is in this fight together. And it’s not just consumer brands. Even B2B digital brands have a role to play. The apps and programs that we use consume energy beyond the devices we run them on—they consume energy in the cloud. This year Google announced a bold commitment to use 100% carbon-free energy by 2030 in all its data centers.

Your brand doesn’t have to have a ‘green’ message at its core. But as it grows, it’ll be placed under scrutiny as people ask what your net impact is on the world around us. What can you do to help, or at the very least, do no harm? 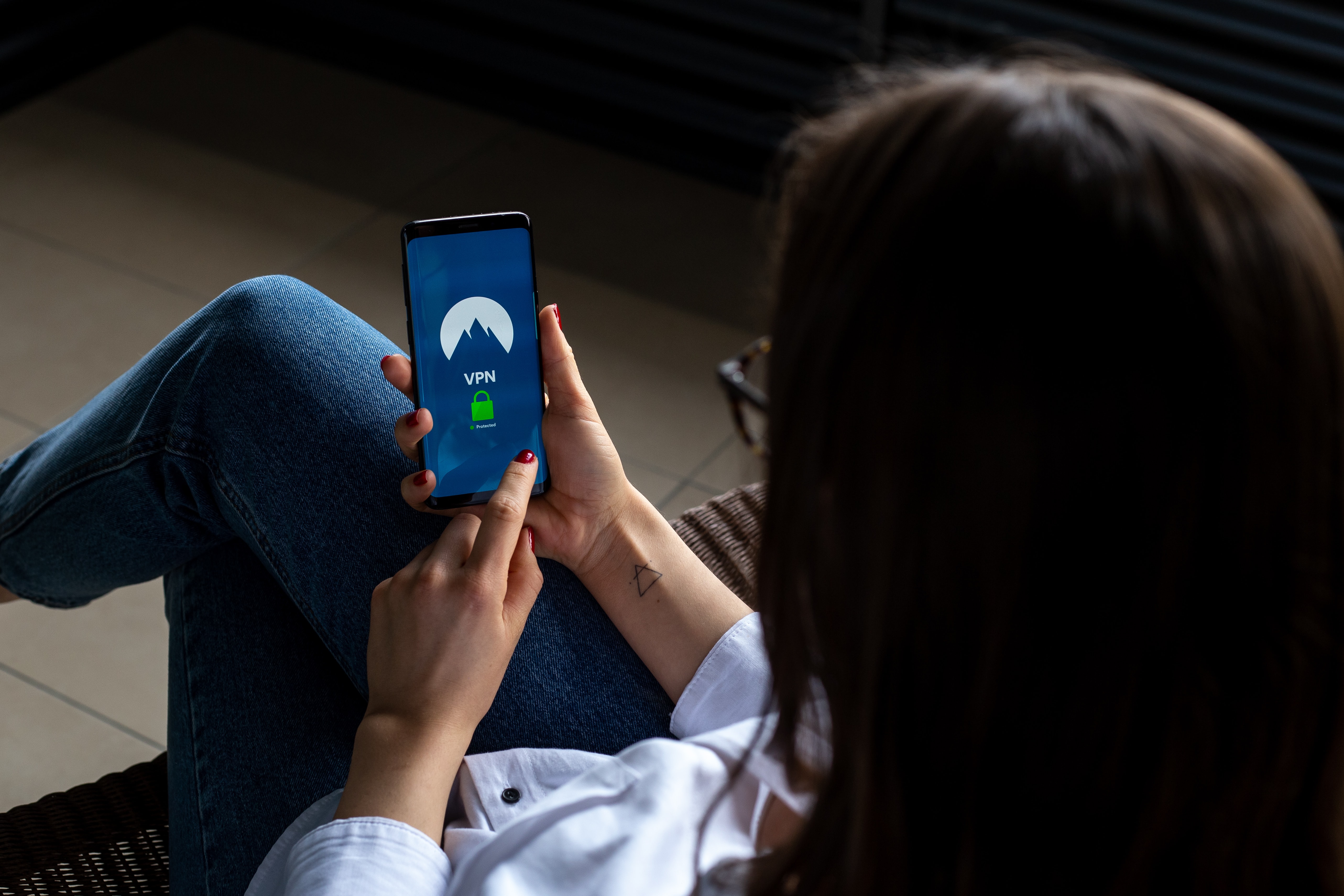 In 2017, when describing the epitome of business success and dream jobs, all eyes were set on the Big Four: Amazon, Apple, Facebook and Google. These tech giants had built entire businesses around smarter use of data, amassing wealth through exponential growth. Around the same time, the Cambridge Analytica scandal was first brought to media awareness, prompting some to wonder: What actually happens to my data, and what does it mean for my privacy?

By 2020, the Big Four were under so much scrutiny that its leaders were made to appear in front of the U.S. Congress to defend their practices on data use and how it gets used for anti-competitive behavior. The impact of this was to put a big question mark on the ethics of these platforms and whether they’re actually good for its users and how much freedom do they really present to us. As a response, brands have begun to swiftly position themselves around privacy policies as well as make tangible moves to protect the interests of their users. Apple’s recent ads have become centered around reassuring users of data privacy. Moreover, companies like Fitbit have begun writing their privacy statements in plain language. 2020 also saw services purely dedicated to giving back control to its users. The app Jumbo allows users to aggregate all of their privacy settings across search engines and social networks in one place while providing useful recommendations for users on keeping personal data within their control.

Many of today’s most successful business models rely on the efficient collection and analysis of data. But as these practices become more commonplace, ensuring protection of that data will become a new competitive edge. 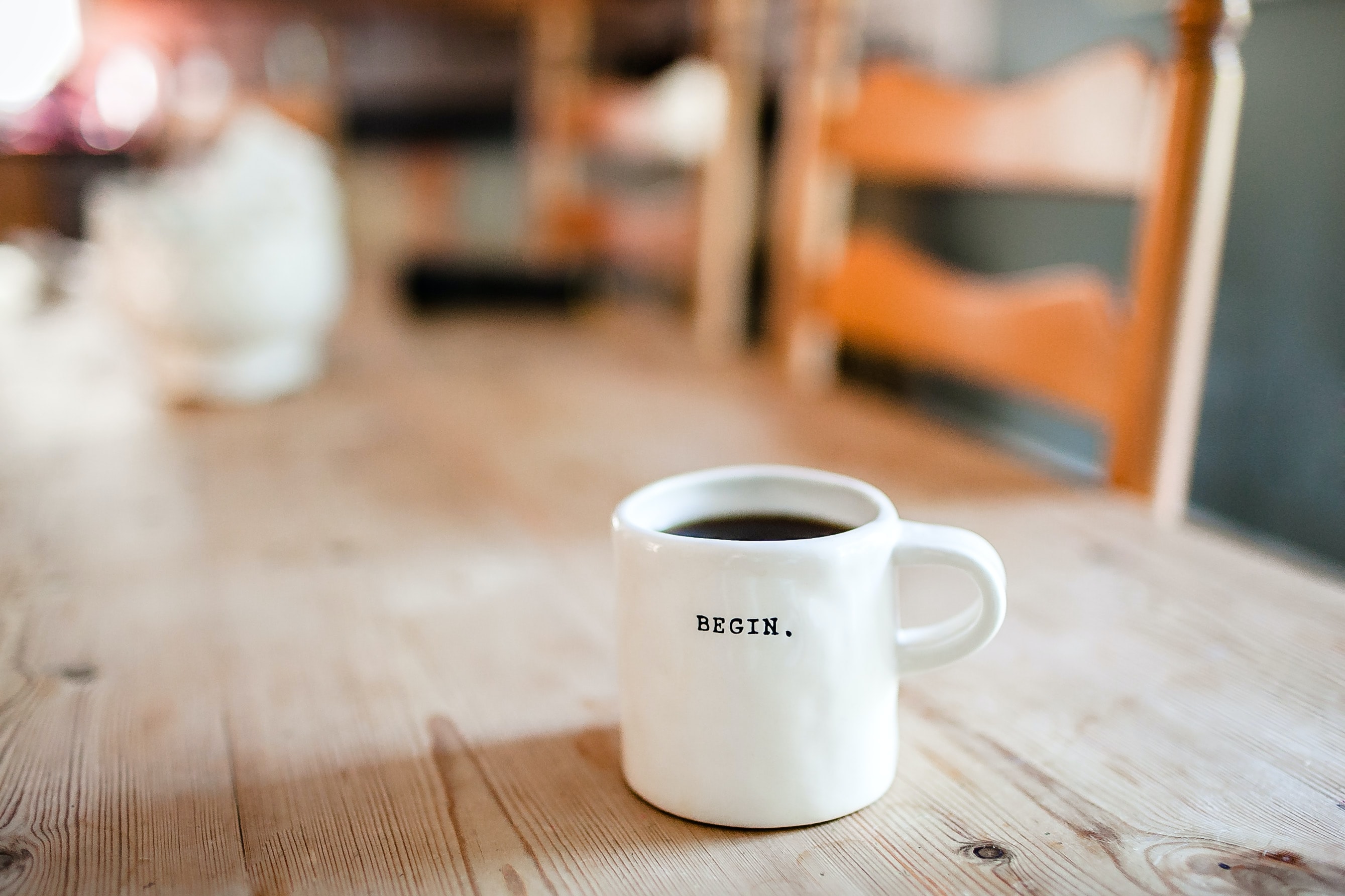 For many, lockdown meant being locked-in. But it didn’t take long before people began to realize that there was a world to discover at home too. Brands that promised to deliver self-improvement—whether it was spiritual, physical or artistic—met with great success.

Guitar brand Fender had its best year on record in 2020, providing accessible guitar lesson subscriptions and instruments at a time when people needed to feel productive while at home. Start-ups like Mirror were also able to cater to people’s need for self-improvement with a full-length interactive mirror that streams professional workout classes directly to users’ bedrooms. Even brands like Airbnb, synonymous with travel and exploration outside the home, began to offer virtual experiences that helped you learn new skills with experts from all over the world, from drawing classes to skincare workshops.

Human connection and social networks will always be important. But equally important is cultivating a sense of personal peace and progress. How can your brand give someone that individual sense of satisfaction?

Brands are not just about looks

2020 was a rocky year to put it mildly. However, we will look back on it as a catalyst of change—in technology, in society and the role that brands must play in relation to both. If there was one lesson to learn about branding it’s that brands are much more than how they look. To build a good brand, you must reflect and improve on everything that makes your business what it is: from your leadership style to your stance on key societal issues, all the way to how you communicate the significance of your product in the bigger picture of the world. And if this year was any indication of progress, as long as more brands adopt this mindset and influential approach to their businesses, we remain cautiously optimistic of what lies ahead in 2021. 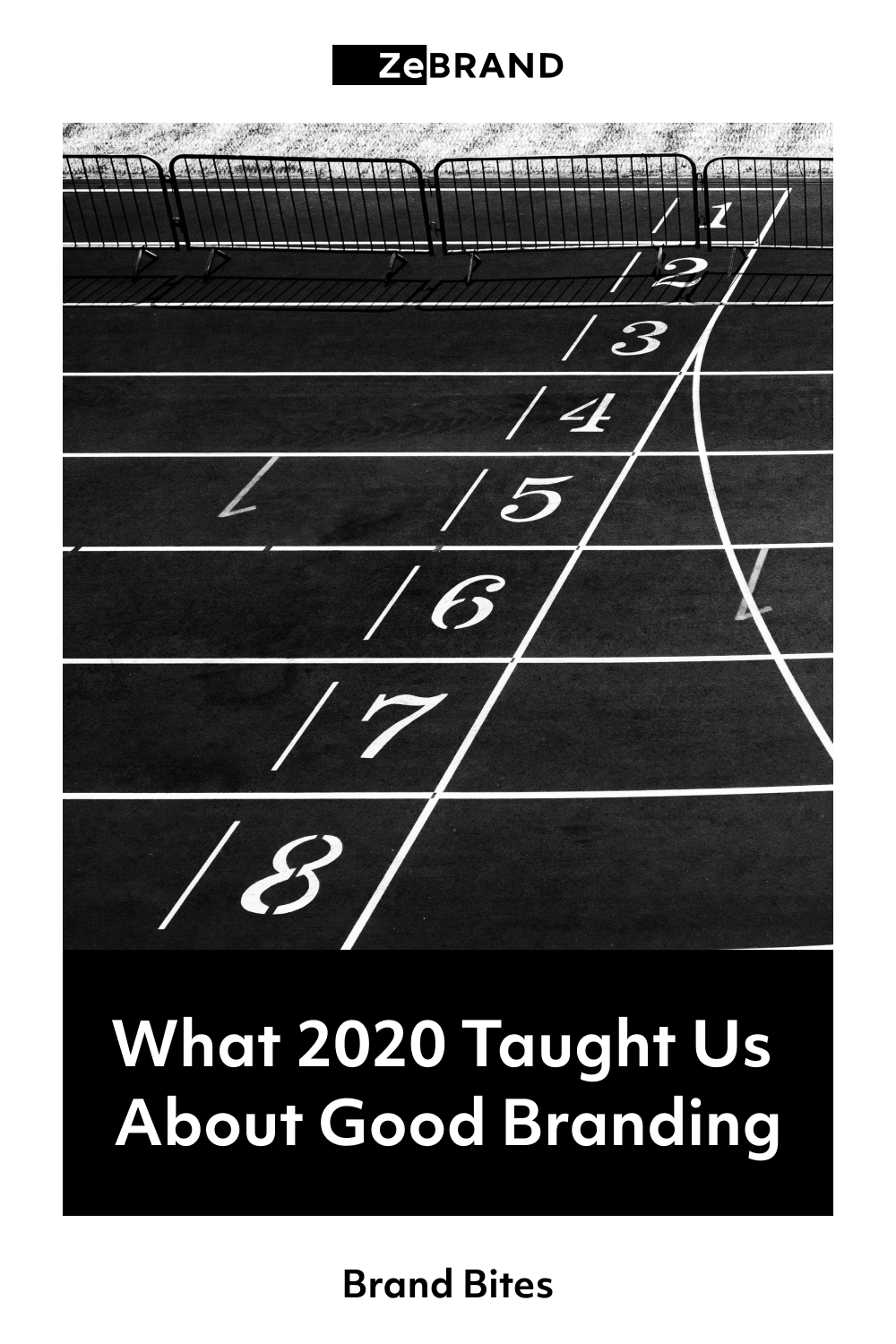 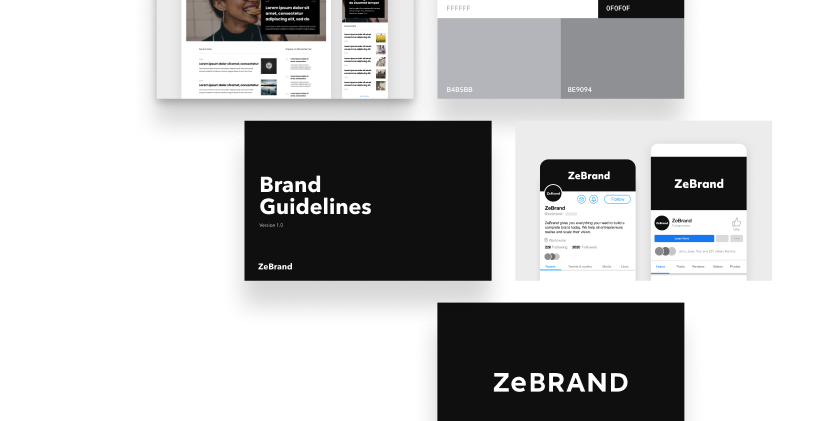